This demonstration offers aspiring character designers a glimpse into the thoughts and processes of leading film character designer, Wayne Barlowe. With a focus upon the centuries-old traditions of pencil drawing, Wayne discusses the various graphic mediums associated with non-digital drawing. He then takes the viewer through the step-by-step process behind executing a typical character design for feature film, addressing the mind-set behind creating original, thought-provoking designs. Wayne begins his demo with a set of thumbnails, delves into the decision-making process, and then moves on to working up a finished drawing. As he draws, he offers his thoughts on work methodology, character creation and the technical issues of pencil rendering, including the various subtleties of line-work and shading, as well as the materials and their inherent properties. This title is geared towards novice and seasoned artists alike, presenting an introduction into the worlds of concept art and traditional rendering. 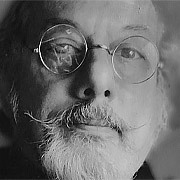 Wayne Barlowe is a science-fiction and fantasy author and artist who has created images for books, films, video games, and galleries. He's written and illustrated a number of art books including EXPEDITION, BARLOWE’S GUIDE TO EXTRATERRESTRIALS, BARLOWE’S GUIDE TO FANTASY, BARLOWE’S INFERNO, BRUSHFIRE, THE ALIEN LIFE OF WAYNE BARLOWE, and AN ALPHABET OF DINOSAURS. EXPEDITION aired as the Discovery Channel special, ALIEN PLANET.

His game concept work includes DANTE’S INFERNO and SHADOW OF MORDOR. His film designs can be seen in BLADE 2, GALAXY QUEST, HELLBOY 1 and 2, HARRY POTTER 3 and 4, AVATAR, PACIFIC RIM, and AQUAMAN. His TV work includes BLACK MIRROR: BANDERSNATCH and Amazon Prime’s LOTRs show. He has written two novels, GOD’S DEMON and its sequel THE HEART OF HELL.

PSYCHOPOMP, a comprehensive collection of Barlowe’s Hell art was published in 2021.